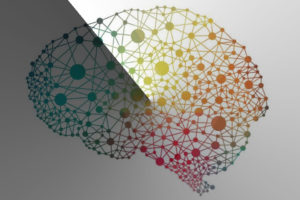 What is an ADHD mind. The first thought of many would be – Attention Deficit Hyperactivity Disorder. The kind of mind we do not want – a mind that should be drugged in order to control it. There are drugs that shut down selected areas of the brain and over long periods of time this can be harmful. The ADHD mind is very difficult to stay focused, or is it the ability to stay hyper-focused to the exclusion of other thoughts?

What if we change the standard meaning of the acronym ADHD to Accessing Data from Higher Dimensions?

Occasionally my mind enters the realm of ADHD whereby it races from thought to thought, subject to subject, and even mood to mood where barely any noticeable logical sequence is producible. One thing leads to another, or many things lead to one, or vise versa.

Sometimes it is handy to have multiple perspectives of an idea, thing, or person. Other times it is a nuisance. In trying to accomplish a task, distractions are the name of the game.

Our minds exist in a virtual black hole with a very high gravity index. Not a gravity of mass, but a gravity well for thoughts, concepts, ideas, notions, and beliefs. To have an original thought is rare and you would be surprised how many of your thoughts are not your own but come from the outside.

When we can become the observer of our thoughts this gives us the ability to adjust when needed. When I find my mind racing from topic to topic, androids to zebras – I take a deep breath and focus on that. I think about where the air is going. Often I think about the chi energy being drawn in with it and send that energy to different areas of my body. This helps in pain management and healing.

My thinking instantly slows. It is like shifting gears or changing from a race car to a jalopy. Sometimes driving a jalopy is desirable.

We get to choose what we think and how we think. When someone winds you up, do you follow their lead and allow them to direct your thinking? When we are able to become the observer of our own mind, this also gives us the ability to observe other minds and from multiple perspectives. I like to think weird things, like when I am around a big, loud, scary person; I think what they were like when they were a small child and see them that way. If someone intimidates you, think how they would be wearing nothing but their underpants, or a toad sitting on their shoulder.

We have let others do our thinking for us because we have become lazy. It is too easy to sway the opinions of the populace. Mass media is an expert at this, and has been doing it for many decades. They have been undermining us, and usurping our sovereign powers, degrading us by telling us we are not good enough. We are too fat, short, don’t smell right, don’t drive a good enough car or have a big enough house. We are not smart enough, so we have to listen to ‘so called’ experts; who more often than not are only paid spokesman or puppets.

The ability to choose what is relevant or helpful and what is not is using discernment. We do this all the time, but most often unconsciously. What we need to learn to do is become conscious of our thinking. This takes us back to becoming the observer. A good observer does not get wrapped up in the emotions or even the sometimes-misguided logic of a puppeteer.

There is a group of people that would like to keep us controlled. One of their main tools is media. We have been led down the primrose path for many years. It is by using discernment and becoming the observer that we take back control of our minds and thereby our society.

I think we are all a bit ADHD and both acronyms apply. The greatest faculty of our minds is that we are capable of being incredibly creative. Even a factory worker doing repetitive drudgery has opportunities to be creative.

I was a worker in a production machine shop and was assigned a task that would have kept me doing the same thing thousands of times a day for weeks. The company was very systematic in keeping computer records of production rates. After a few hours into my new assignment I tried a new way of doing it. My boss came up to me when that run was completed and showed me a printout of the production rate. It was the first and last time he had done this. It showed a production increase of over 7,000%. I was promoted off the production line and became a toolmaker.

A major barrier to changing the way we use our minds are the beliefs that we hold. Particularly the beliefs we hold about ourselves. Do not buy into the mass media programming. Exit the matrix and become the observer. Take back control of your mind and know that YOU are the only one in control of your reality. Be delighted to have an ADHD mind. (Accessing Data from Higher Dimensions)

You can make it work for you or against you.

Choose how you see it.

The Unapparent Leader is often unnoticed. They don’t ...